Kusama’s infinity rooms are so popular they obscure the broader career theme. Pattern repetition appears in her earliest work as a way of invoking infinity. From those 1950’s paintings and performance pieces, the first immersive infinity room (in 1965) seems not so large a jump. Don’t be misled by popularity, suggests a critic, “It would be disingenuous to say that [the infinity room] fails to encourage introspection.” 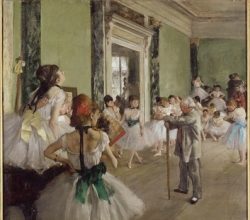 Degas liked to watch. A solitary figure, he had a keen eye for the revealing gesture. Dancers were his perfect subject, women from “the lowest classes” looking to parlay fleeting glamour into a higher status life. Degas portrayed the backstage realities obsessively and with “an attentive cruelty”. It aligned with his artist’s ideal – “to separate what we tell ourselves from what is true”. 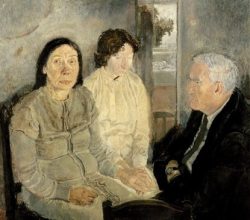 The Muse at Her Easel

Superb writing. The artist’s muse – art topic or relationship topic … or both? Celia Paul, a celebrated artist, has written about her relationship with Lucien Freud. The heart of her narrative is the competing demands of a relationship versus her own art. Conventional views of the muse as victim don’t, in this case, suffice. What is clear, as another of Freud’s lovers put it, is that “selfishness is what it takes to make great art”. 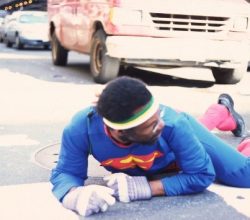 The performance artist Pope.L is basking in a survey show at MoMA. It highlights his most provocative act – crawling city streets. One such “intervention” covered 22 miles, done over nine years. Social justice is his major focus. But why crawl? Says one curator “He’s constantly putting pressure on symbols of success and aspirational behavior”. And is it art? Says another “it’s art because it’s reimagining something.” 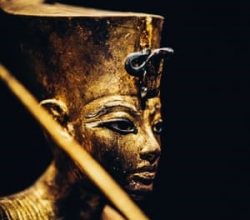 What else is there to say about Tutankhamun? Only that which is so obvious it is overlooked. He was young, frail, an inconsequential ruler. The gold is fabulous but more impressive is the exquisite craft and refinement of lesser objects. Everyday objects like food containers give the show “real warmth”. And vulnerability; “they remind you that this is about death and the craving for something beyond it”. 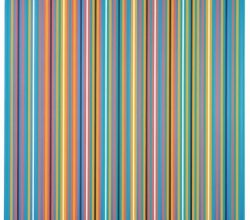 Riley says of her own work: “One moment, there will be nothing to look at and the next second the canvas seems to refill, to be crowded with visual events.” Her favoured tools are the optical effects of patterns and the way colours jostle against each other. One critic thinks this is now passé. Really? Illusion has long been a central preoccupation of art. It’s difficult to see Riley as other than a strong contributor to that ancient tradition. 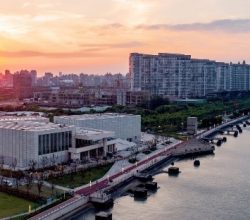 Quite a coup! Adding to collaborations in Spain and Belgium, Centre Pompidou now has a joint venture in Shanghai. Official statements trumpet an East – West dialogue but less lofty motivations are also visible. Encouraging more Chinese to visit Paris is surely high on the list as well as Shanghai’s own ambitions to be a financial and arts “hub”. Might brand promotion for the Pompidou also be a driver? “Definitely not” says its director. 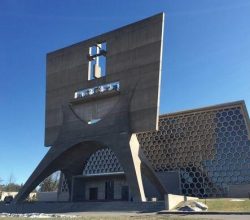 By the late 1950’s, Bauhaus’ alumni had had a widespread influence, especially in architecture. Among them, Marcel Breuer was a luminary and he took Bauhaus ideas in a strange direction … concrete.

“The Bauhaus idea … to maintain a balance between craft and industry did not work … One branch of Bauhaus lands us at IKEA. [Elsewhere] the Breuer wing of Bauhaus got weird and dark. Breuer and other Brutalists made buildings that have the capacity to shake your soul. [In Breuer’s hands] concrete is … like a monument to a new and strange God. At the root of many of the buildings Breuer built in the 60s and 70s seems to be the following thought, “don’t fight alienation by resisting it, fight it by going through to the other side.” 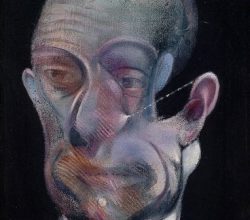 Of pain and poetry: how Francis Bacon drew inspiration from Greek drama and TS Eliot

A “stupendous” exhibition. Bacon felt he deserved to be Picasso’s equal. A 1971 exhibition in Paris had hugely elevated his international reputation. Where to from there? Unhappy in his personal life, Bacon wanted to express “the vulnerability of the human situation”. And he did, in visceral, confronting terms. Little surprise that a favourite quotation of this most “pitiless” artist was “the reek of human blood smiles out at me”. 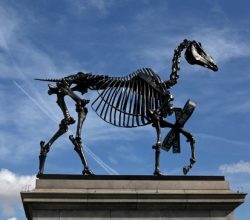 Hans Haacke, at the New Museum, Takes No Prisoners

A difficult show, leading to some clunky reviews. Haacke has spent his career documenting art’s entanglements with business and museums as “warehouses of wealth”. He famously had a retrospective at the Guggenheim cancelled because the director felt his art was too political. Haacke disagreed. “My works do not advocate any political cause”. Says this writer, Haacke has “often been a better activist than artist.” 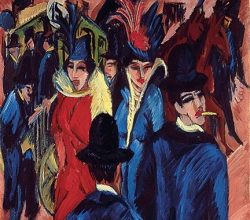 Colour, for Kirchner, wasn’t about subtlety. He wanted brute force. Colour reflected emotion and emotions, both personally and socially, were running high. Urbanization, the disfunction of German society, changing sexual norms, all made for a nervy big city environment. Add to this Kirchner’s addictions and wartime trauma, and you have a memorably bold, emotionally disturbing artist. Images are here. 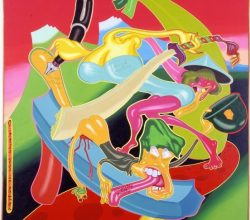 ‘There Was Great Purity in American Art. I Wanted to Insult It’: Going Rogue With Peter Saul

Saul’s early work anticipated Pop but such a rebellious talent would never be a “member” of any such movement. His priorities have been to avoid political correctness, take pop culture seriously, be “attentive to the chaos of the world”. If that means treading on toes, fine. “To accept not to be shocking is to accept being a piece of furniture”. An exuberant, unclassifiable career that finally is gaining broader recognition. Images are here. 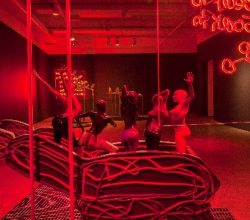 Will Satterwhite turn out to be an important artist? Wall to wall coverage of his solo show suggests he may. He is an art world generalist, using multimedia, animation and performance in “wildly ingenious” ways to distill pop culture memes. “The question of permanence hovers in the air … explorations of how to make something last and whether or not one wants to make that type of commitment”.

A New Exhibition Shows Women as Artists, Not Muses

The Victorian era Pre-Raphaelite Brotherhood painted pretty but hapless women in need of (male) rescue. No wonder they are ridiculed. Were the women members of that group better artists? The above piece praises them, perhaps out of sisterly obligation. A tougher view is that few had much talent. A clear exception was Evelyn De Morgan, whose masterful touch “makes the wan pre-Raphaelite men who surround her look like wimps.”