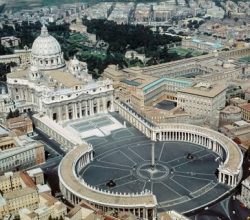 Simon Callow on Michelangelo: the most heroic toiler of the human race

At 37, Michelangelo’s most glorious artistic achievements were done. What came next was … architecture. After many notable projects, at age 71, he took on St. Peter’s Basilica. It was by far the world’s biggest building project, already 40 years in the making and a disaster. Michelangelo brought a sculptor’s sensibility to its design, remaking the vocabulary of architecture. As an architecture historian notes “It’s Michelangelo’s church, and no one else’s.” 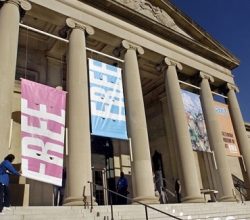 The Baltimore Museum of Art Made a Pledge to Buy Art by Women. Is It Just a Stunt?

Just 4% of artworks held by the Baltimore Museum of Art are by women artists. <Blink> The museum now proposes a “canon correction” – in 2020 it will only purchase works by women. Women’s groups seem underwhelmed. Curators can propose new directions, but “museum committees review them, and the board of trustees approves them.” Such changes to acquisition processes “can take years to reach a verdict”. 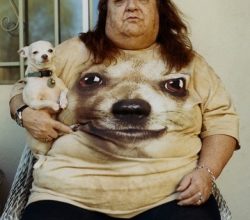 Can portrait photography survive the tsunami of social media images? A prestigious photographic prize indicates portraiture is doing just fine, thanks to its narrative ability. A bigger problem, says one critic, is the prize’s biases. Why must so many shortlisted photographers come from New York? And why the emphasis on gender and sexuality, “every modern gallery curator’s favourite subject”? More images are here. 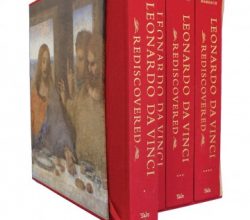 For those getting anxious about Xmas presents, this may help. Other, perhaps less selective, lists are here and here. A book about art that is suitable for children is here. 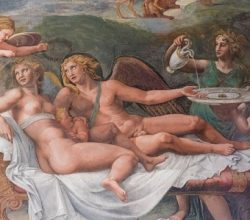 ‘A buffet of bums, boobs and bollocks’ – Giulio Romano at Palazzo Te 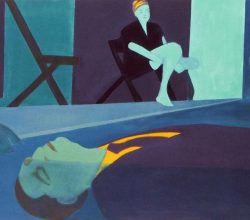 González rarely paints from real life, instead mining images from press clippings. These are re-worked in a way that gives them a Pop sensibility. Their focus, however, is not consumerism but the endless violence and social tensions of her native Columbia. Little has improved over the decades, so this retrospective does not “end with sunshine”. She makes, she says, “underdeveloped paintings for underdeveloped countries.”

A great wave of Hokusai

Hokusai’s works are mostly on paper, susceptible to light damage and thus rarely shown. This Washington show reflects his main themes – reverence for nature, Mt Fuji, the details of daily life. It also indicates what a creative oddbod Hokusai must have been. In addition to his paintings and prints – which got better as he aged – he also produced a book of illustrated dance moves and books of his doodles that he titled “manga”. 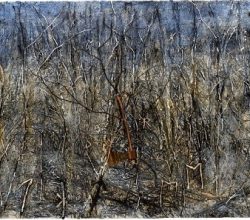 Anselm Kiefer, White Cube, review: not quite touching the void.

Kiefer’s art has long reflected his struggle with Germany’s Nazi past. His latest show refers to physics’ string theory. Perhaps he has moved on? Some critics discuss his new “frightening”, “genuinely exciting” works from this new perspective. This writer reasons otherwise. Were these paintings about physics “they would be energetic but confused. But they are too potent … These, I think, are still pictures of history, pictures of guilt.” 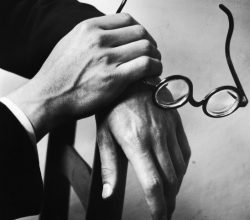 André Kertész : Walking in the picture

Even ahead of Cartier-Bresson, Kertész was the pioneer of modern photography.  His innovations included street photography, photo essays and photojournalism. After becoming prominent in Paris, a 1936 move to New York led to career doldrums until “rediscovery” in 1964. Kertész’ revered work was uniformly brilliant, “a very personal and gentle curiosity about the moment.” Video (5 min) and images are here. 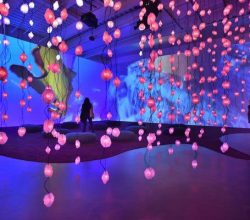 Why Video Is the Art Form of the Moment

Calling video the “art form of the moment” is probably over-stating it. Still, something is happening. Critical recognition is getting easier for video artists, judging by recent Turner Prize nominees. Collectors are still cautious – that may well change now that museums are more actively collecting.  New digital technologies are allowing the creation of immersive, interactive environments, a possible future competitor to the cinema. 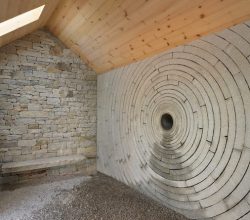 At the deCordova, unearthing a connection with the “beautiful and frightening flow of water”

Land art doesn’t get much attention. The classic work of the genre is probably Robert Smithson’s 1970 Spiral Jetty, a meditation on man’s relationship to the environment. Andy Goldsworthy is an eminent current land artist. His latest piece focuses on the relentless power of water. “[His] work, to me, has always been about letting go – accepting that for all our hallmarks of progress, we’re both temporary and vulnerable”. 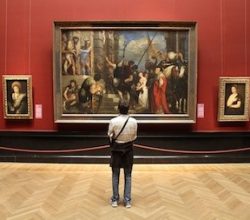 Putting the Art Back in Art History

Art history provides context. The Renaissance writer Giorgio Vasari assessed artworks against absolute standards of quality. By the nineteenth century assessments became relative – how well an artwork expressed the culture of its day. What about today’s wildly varied art? “Impossible for art history to grasp”, says one art historian. The above writer is phlegmatic – our times are “more ordinary” than we might think. 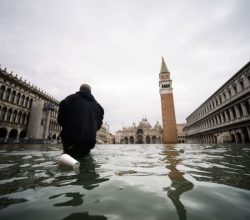 Venice is flooding — what lies ahead for its cultural and historical sites?

Bleak reading. Recent flooding significantly damaged Venice’s cultural treasures and portends a parlous future. Salt, when it crystallizes, is a major threat to all masonry materials. Frescoes, in particular, are almost impossible to protect. Climate change is expected to make things progressively worse. To top it off, there is a view that what inundation does not destroy, massive tourist numbers will. 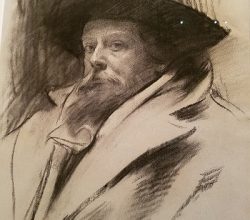 Sargent’s oil portraits brought him fame and fortune, but they took work. By 1907, after more than a thousand of them, he had had enough. Charcoal drawings were a compromise – single sitting pieces that would mollify insistent clients. Quick these pieces may have been, but they are portraiture “at its finest … [that] discloses and elaborates upon the human spirit.” More images are here.